After decades of advocacy, New York lawmakers finally passed the landmark Reproductive Health Act, which closes a huge gap in our state’s reproductive health safety net. Alongside this landmark legislation, lawmakers passed another measure that expands contraception access. With the newly emboldened march against Roe v. Wade at the federal level, these laws set New York apart as a safe haven for those in need of reproductive healthcare.

Katharine Bodde, NYCLU senior policy counsel specializing in gender equality and reproductive rights issues, has been advocating for the law since joining the NYCLU in 2009. Bodde worked as a legal educator in Cambodia for communities in provincial areas focusing on the legal and extralegal remedies for violations of women’s rights and citizens’ land rights. This work combined her background as a New York City teacher and her commitment to fighting violence and poverty by empowering women. She currently teaches a course at Cardozo Law School on Reproductive Rights Law and Justice and is the former Chair of the Sex and Law Committee at the New York City Bar Association.

We spoke with Katharine about these historic legislative wins and what’s ahead in the fight for reproductive health in New York. (This interview has been edited for length and clarity.)

NYCLU: Your career demonstrates a deep commitment to fighting violence and poverty by empowering women. How do you see the intersection of civil liberties and gender equality?

Katharine Bodde: Sex discrimination is so deeply embedded in the foundation of this country and coded in to us as human beings. This is not a women’s issue, it is everyone’s issue. Part of shifting that culture is breaking down laws that relegate women, and in particular women of color, to second class citizenship and to also affirmatively put in place policies that empower all women to meaningfully participate in their lives and the lives of their communities. One of the ways we can do this is by acknowledging that women should have full control over their health, by making sure that people have both the ability to end a pregnancy and to parent free from stigma, violence and shame.

We had two big wins on this issue in 2019: the passage of the Reproductive Health Act (RHA) and the Comprehensive Contraception Coverage Act (CCCA). Can you talk about the NYCLU’s role?

KB: With other key allies and activists, NYCLU worked for over a decade to pass the Reproductive Health Act, which removed the regulation of abortion from the criminal homicide code and put it into the public health law. RHA also expands access by clarifying that qualified medical professionals — not just doctors — may provide abortion care.

The road to passage was not easy. After years of pushing, it became clear that the conservative legislative majority in Albany did not see the human cost of New York’s criminal abortion law. In 2013, a lawmaker said to us: bring me a patient that’s been denied an abortion in New York. So, the NYCLU spearheaded a story collection project to bring patient voices to Albany. Many were about New Yorkers who were already in bad situations and were forced to leave the state to get the care they needed.

Lawmakers were not swayed by these stories, but we weren’t deterred. After Trump was elected, the voters responded, sending a strong message to Albany. At that point, we had to ensure that the bill remained as robust as possible. Over the years, a big challenge were the compromises that we were asked to make. Once there was a majority not only willing to take up the issue, but create meaningful protections, we focused on advancing the protections we’d fought for.

How has the opposition changed now that the RHA is law?

KB: There has always been opposition to RHA, but it wasn’t actually until after the bill passed that it fully activated. Data shows that in the first quarter of 2019, three of the top 10 stories on Facebook were anti-RHA stories. Misinformation spread like wildfire, all the way to the President’s remarks at the State of the Union.

Opposition factions are already using later abortion care as a wedge issue for the next election, but we were able to move these bills forward because New Yorkers demanded a state that supports access to robust, patient-centered reproductive healthcare. We are ready to defend that position. The NYCLU and our partners are working to end abortion stigma and shame and ensure people have accurate information on what the law actually does.

What is the significance of the CCCA at this time?

But it was difficult to even get contraception included as part of women’s preventive healthcare under the Affordable Care Act. And years later, issues that were seemingly settled about the importance of contraception to women’s health and equality have fallen away as employers successfully challenge the provision as violating their religious beliefs. These employers aren’t churches. They’re corporations that should comply with non-discrimination laws. But we’ve seen a disturbing movement in our courts to allow employers and businesses to use their religion to discriminate against women and LGBT people, so the question for us as a society remains: to what extent will we allow private religious beliefs to be used as tools to discriminate in our public arenas? If you are following the Supreme Court, it’s unsettling to consider it.

How did the civil liberties majority help influence these wins?

KB: We were able to move these bills forward because New Yorkers went to the polls and demanded their elected officials support access to robust reproductive healthcare, including abortion and contraception. Part of that is due to the civil liberties majority in New York. And the NYCLU certainly is a part of shaping that. Our chapters are out in their communities organizing people to bring their voices on these issues to Albany. And at the end, people across the state who had demanded that New York decriminalize abortion celebrated this long-awaited victory with us.

KB: When it comes to the RHA, changing the law isn’t the last step. It’s actually just the beginning. Now we’re focused on implementation. The law we changed had been in place since 1970, so there’s certainly a need to help different institutions within the medical profession understand these new changes. Our priority is to ensure that medical providers have the information they need to feel confident providing care regardless of the national debate around abortion.

We’re also working to ensure there is robust abortion access in all of our state hubs, so people won’t have to travel across the state to New York City to get the care they need. This is especially important as we look toward the future and toward the Supreme Court. Before Roe, New York was a beacon of access for people who needed abortion. And, if it comes to that, we will be a beacon beyond Roe as well. Anyone who needs to end a pregnancy should have the right and ability to do so with the respect and care that they deserve. 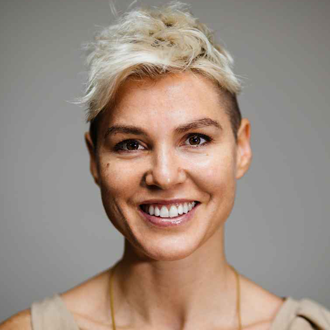