Advancing Students’ Rights Statewide
An interview with Johanna Miller, Director of the Education Policy Center for the NYCLU

The NYCLU’s new Education Policy Center was formed to advance young people’s civil rights and liberties through legislative advocacy, litigation, community outreach and public education. The Center’s mission is to advance a civil liberties platform in schools and other institutions that serve young people, and to ensure public schools in New York fulfill their potential as incubators of democratic ideals.

The center is helmed by Johanna Miller, formerly advocacy director of the NYCLU. Johanna is a nationally recognized public policy expert on issues including police reform, education, and privacy and technology. She has contributed to groundbreaking civil rights legislation in New York City, including the Community Safety Act, which set up oversight of racially discriminatory policing by the NYPD, and the Student Safety Act, which disclosed how Black and Latinx children are pushed out of New York City schools by discriminatory discipline and police policies. Johanna is a frequent advisor to public school systems on anti-discrimination and school climate matters, and she has trained more than 1,000 educators on New York’s anti-bullying and harassment laws.

We spoke with Johanna about the new center and our influential work on the role of police in schools throughout the state. (This interview has been edited for length and clarity.)

NYCLU: The Education Policy Center represents a significant shift in our organization’s structure. How has it changed this work for you?

Johanna Miller: It is so incredible to have the resources of the Ed Center to dedicate to this work. Education issues have always been a priority for the NYCLU, which made it easy to establish the Center and pull together this work under its own spotlight. It’s allowed me to plunge more deeply into these issues and assemble a team that’s full of knowledge.

Institutionally, it’s important that schools function as an incubator for democratic values and ideals. Schools are the best place engage young people in this way, and we care because these young people are the next generation of civil libertarians. We have to train them to take over for us. Because of that, I think it’s important — specifically in the Trump era — that we make sure that public schools are healthy and fair.

What is important to understand about the intersection of schools and law enforcement?

JM: What most people don’t realize is how common it is for police to be involved in everyday school discipline matters, including things like dress code violations, tardiness, and talking back. You don’t often see what’s happening inside schools, whereas, for example, you could see stop-and-frisk happening in your community. This is one of the most important reasons to have young people speak out on these issues — they can talk about what it looks and feels like to walk through a metal detector or deal with cops in the classroom.

You secured wins in 2019 that built upon the Student Safety Act. What is the significance of the new “Memorandum of Understanding” (MOU) requirement for public schools across the state?

JM: The Student Safety Act law provided transparency, and that transparency helped build to the wins this year that actually govern police conduct. We won a statewide requirement that school districts cannot allow the police to enforce school rules. Now we have the opportunity to help every school district craft great policies that limit the use of police in schools. For instance, they can say that the police are in a school only for serious situations or emergencies. Or, ideally, they may decide that the police don’t even have to be in the school; they can be called if an emergency arises.

In late June, New York City announced major reforms related to police in schools that should have a huge impact on reducing the school-to-prison pipeline. Can you elaborate on the NYCLU’s role in this agreement?

JM: This policy was the direct result of our work on the Mayor’s Leadership Team on School Climate and Discipline. The NYCLU is seen as such an important player in the state, and I’m really proud of the work that we do on these government task forces. We’ve proven that we work well in them, even when we don’t agree with others in the room. This was really intense work, and it’s only when you’re working that closely that you can really begin to understand where everyone involved is coming from. We can parlay that understanding into some meaningful victories.

There’s still work to do. So much policy is driven by racism, not actual dangers to young people. If having metal detectors and police in schools was the only way to keep your school safe, they would be in every school. And they’re not — they’re concentrated in schools with Black students. So, now that the MOU is in place, we’re shifting focus to reduce the use of metal detectors and school surveillance.

Are there any changes to the Teen Activist Project under the Education Policy Center?

JM: Since we started the Center, we’ve dramatically expanded our youth organizing. For many years, NYCLU has had a successful teen health initiative and TAP program, but within the Center, we’ve added extensive work with middle school students and revamped our college campus organizing program. TAP has expanded to more than 120 young people, and we’ve added high school Student Ambassadors from across the state to our roster. We now engage youth starting at age 11, all the way through college. They’re going to replace us one day, so it’s really important to train the next generation of civil libertarians to carry the banner of the NYCLU into the future.

How do you feel about the future of the civil liberties movement coming into a new decade?

JM: I feel hopeful. We have new opportunities with regard to racial justice, the school-to-prison pipeline, and students’ rights. The current political climate in this country has made people more aware of these rights, and they are more willing to fight.

So many decisions about education are made locally. In some districts, it’s literally down to the neighborhood level. Because of this, the ability to build a grassroots movement that values civil liberties and is willing to work for them makes a huge difference. 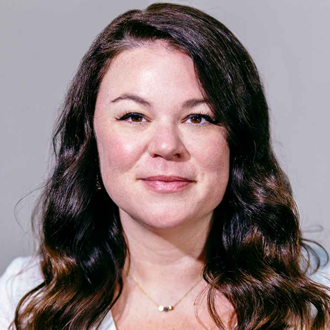